Corporate leaders in the United States and the politicians who love them are fond of pointing to the statutory federal tax rate of 35 percent, but the reality is that businesses pay taxes in far smaller amounts. The latest study demonstrating this inconvenient fact has been published by the government itself, not exactly a font of radical theory.

The study, consistent with studies previously published by watchdog groups, found that the effective tax rate for U.S. corporations is only 12.6 percent. In other words, you are paying more taxes than some of the world’s biggest corporate behemoths. Despite all the rhetoric that flies about that would have you believe that poor innocent multi-national corporations are being bled to death, more than half of U.S.-based multi-nationals had at least one year of paying no taxes at all on their profits in the years immediately preceding the economic crash of 2008. 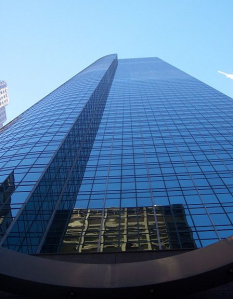 We are not talking small change here — corporate tax avoidance amounts to hundreds of billions of dollars in subsidies to some of the world’s most profitable businesses.

The government report detailing the low rate of actual taxes paid was released earlier this month by the U.S. Government Accountability Office and commissioned by a Senate committee. The study covered the years 2008 to 2010. And lest neoliberal apologists moan that downtrodden multi-nationals had to pay other taxes, the GAO study found that the rate of local, state, federal and non-U.S. taxes paid was a combined 16.9 percent — not much of an addition to the 12.6 percent paid to the U.S. government.

To put the above figures in perspective, individuals pay eight times more than businesses in taxes when Social Security taxes are added to federal income tax, according to the GAO report:

“At about $242 billion, corporate income taxes are far smaller than the $845 billion in social insurance taxes and $1.1 trillion in individual income taxes that the Office of Management and Budget (OMB) estimates were paid in fiscal year 2012 to fund the federal government.”*

Another way of looking at this is the percentage of contributions to U.S. government revenue:

High profitability is no barrier to not paying taxes. A study by Citizens for Tax Justice and the Institute on Taxation and Economic Policy, “Corporate Taxpayers and Corporate Tax Dodgers, 2008-2010,” found that 280 of the largest U.S.-based corporations, each among the world’s 500 biggest, received a total of $223 billion in tax subsidies. That’s taxes not paid.

Thirty of these companies paid no taxes or actually received rebates from the government — that is, they had more money after filing their taxes than before — despite reporting composite profits of about $160 billion for the years 2008 through 2010. The most profitable that paid no taxes include, according to the tax dodgers report:

“This is wasted money that could have gone to protect Medicare, create jobs and cut the deficit.”

Something to keep in mind next time you hear “there is no alternative” to neoliberal austerity programs or that everything would be fine is only we cut corporate taxes more. Businesses are not investing because there is a lack of demand due to shrinking wages, not because they don’t have capital. Recall that, early in 2012, U.S. corporations were sitting on about $2 trillion in cash.

Swimming in a sea of more money than they can spend or invest with, corporations and the wealthy plow money into increasingly risky speculation. That fuels the process of financialization, especially when speculation is, during bubbles, more profitable than actual production.

Generous loopholes and creative accounting are part of the same mad scramble for profits regardless of social cost embodied by the continual shifting of production to locations with ever lower wages. In the race to the bottom, you pay your taxes but your employer pays less than you — or maybe none at all.