Strange, isn’t it, that the system supposedly representing the apex of human development — even the end of history — has no place for ethics or morality.

Perhaps this becomes inevitable when an ideology develops to the point where the economy is considered to be outside the environment. From that dubious — to put it overly modestly — vantage point, the journey to seeing the environment, and the natural resources and life it contains, as nothing more than a cow to be milked at will is not a long one. A forest counts as nothing unless it can be monetized, which often means knocking it down. Clean air? Clean water? Luxury items for those who can afford them, and thereby profits for those who can bottle it and create a market for them. 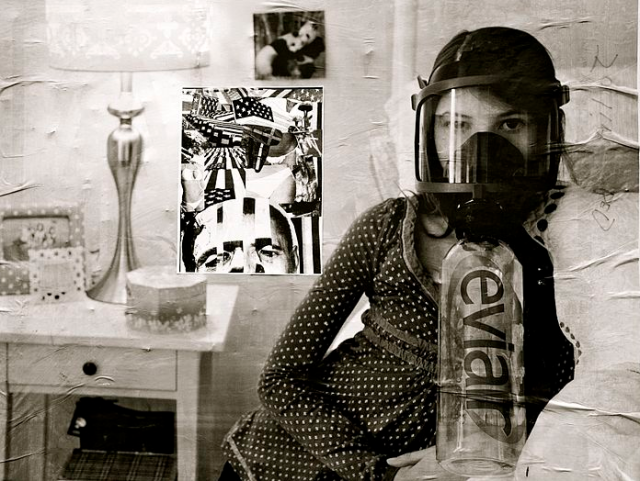 A thoughtful article in the May 2009 issue of Monthly Review caused me to think more about this. The authors of this article, “Capitalism in Wonderland,” written by Richard York, Brett Clark and John Bellamy Foster, discuss the models used by mainstream economists, which vary only on the degree to which they discount future life. Yes, that is as cold-blooded as it sounds.

Neoclassical economists base their increasingly insane conclusions that global warming is no big deal and, at worse, will cause little economic damage, on the convenient, self-serving assumption that future generations will be wealthier and therefore it will be cheaper for our descendants to clean up our messes than it would be for us.

“Where they primarily differ is not on their views of the science behind climate change but on their value assumptions about the propriety of shifting burdens to future generations. This lays bare the ideology embedded in orthodox neoclassical economics, a field which regularly presents itself as using objective, even naturalistic, methods for modeling the economy. However, past all of the equations and technical jargon, the dominant economic paradigm is built on a value system that prizes capital accumulation in the short-term, while de-valuing everything else in the present and everything altogether in the future.” [page 9]

From that, orthodox economists slide down a slippery slope in which some humans are valuable and others are without value. Such a mentality is exemplified by Lawrence Summers’ infamous memo, written when he was chief economist for the World Bank, in which he wrote:

“I think the economic logic behind dumping a load of toxic waste in the lowest wage country is impeccable and we should face up to that. … The costs of pollution are likely to be non-linear as the initial increments of pollution probably have very low cost. I’ve always though that under-populated countries in Africa are vastly UNDER-polluted.”

Summers’ attitude, although usually not expressed in such a direct way, is not out of step with his profession. The “Capitalism in Wonderland” authors lay bare the ramifications of this type of thinking:

“[H]uman life in effect is worth only what each person contributes to the economy as measured in monetary terms. So, if global warming increases mortality in Bangladesh, which it appears likely that it will, this is only reflected in economic models to the extent that the deaths of Bengalis hurt the [global] economy. Since Bangladesh is very poor, economic models … would not estimate it to be worthwhile to prevent deaths there since these losses would show up as minuscule in the measurements. … This economic ideology, of course, extends beyond just human life, such that all of the millions of species on earth are valued only to the extent they contribute to GDP. Thus, ethical concerns about the intrinsic value of human life and of the lives of other creatures are completely invisible in standard economic models. Increasing human mortality and accelerating the rate of extinctions are to most economists only problems if they undermine the ‘bottom line.’ In other respects they are invisible: as is the natural world as a whole.” [page 10]

This is the irrationality and immorality that underlies industrialists’ and financiers’ drive to allow the “market” to make all social decisions. Markets are nothing more than the aggregate interests of the largest and most powerful industrialists and financiers. They in turn, through their stranglehold on the world’s economic heights, are able to have decisive sway over governments, which are not disembodied entities somehow floating above society but rather are reflections of the relative strengths and weaknesses of social forces.

The modern corporation has a legal duty only to provide the maximum profit for its shareholders. In other words, it is expected to act to further its own interest without regard to anything else. The corporation is considered a legal person under U.S. law — one that has no biological limits nor barriers to its growth. Joel Bakan, in the introduction to his book The Corporation: The Pathological Pursuit of Profit and Power, summed up capitalism’s dominant institution this way:

“The corporation’s legally defined mandate is to pursue, relentlessly and without exception, its own self-interest, regardless of the often harmful consequences it might cause to others. As a result, I argue, the corporation is a pathological institution, a dangerous possessor of the great power it wields over people and societies.”

Even without “corporate personhood,” however, the relentless competition of capitalism would induce this behavior, and the winners of that competition are those most willing to crush all obstacles, human and environmental, while foisting the costs onto others.

Really, we can’t do better than this?

24 comments on “Ethics and morality at the end of history”