Having failed to have Mumia Abu-Jamal executed via the legal system, Pennsylvania authorities are intent on administering a “slow-motion execution” through medical neglect. His medical condition remains dire, and his supporters are asking activists to make calls so that he can receive proper health care.

The work of supporters does matter: Mumia would have been executed 20 years ago were it not for the grassroots movement that grew dramatically during that summer, in 1995. His execution was called off about 10 days before it was to be carried out and less than a week before a massive demonstration in Philadelphia (which went ahead anyway). That tensions were high would be understating the atmosphere as the movement built pressure from below. I remember being in the National People’s Campaign office in New York City one Monday that summer when police, or people close to them, phoned in a non-stop cascade of threats and vicious denunciations; as soon as one of us would hang up, the phone would immediately ring with another such call.

The Campaign was a target because it organized several carloads of people to go to Philadelphia every weekend to join with local organizers there; the Philadelphia organizers worked out of a church that always had several police cars parked across the street, which would then follow people as they went out into the neighborhoods. A few years later, when a December march in downtown Philadelphia drew fewer people than previous rallies and for the first time there was not a corporate-media presence, the police saw their opportunity, violently dispersing the march with swinging clubs and dragging people by their legs down streets in a 40-degree rain as frightened store clerks hurriedly brought down their gates with shoppers inside. 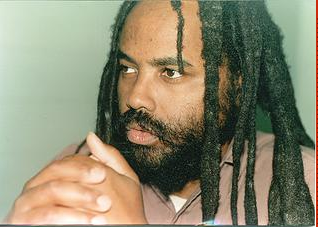 No, the authorities do not like Mumia Abu-Jamal. And haven’t for a long time. There is a video of a press conference from when Mumia was a working journalist at which he asked the then mayor of Philadelphia, Frank Rizzo (whom activists in New York liked to call the role model for Rudy Giuliani), a routine question. Mayor Rizzo glared at Mumia and, not bothering to address the question asked, snarled that he was going to “get you” one of these days. Sadly, he did.

The facts of Mumia’s show trial are well known, overseen by Judge Albert Sabo, a member of the Fraternal Order of Police and whose courtroom was so one-sided it was known as “vacation for prosecutors.” Judge Sabo was overheard telling a court worker that he would help prosecutors “fry” Mumia, referring to him with the N-word. Four witnesses reporting seeing someone flee the scene of Officer Daniel Faulkner’s murder; this was concealed from the defense. No check was done to see if there was gunpowder residue on Mumia’s hand. The fatal bullet is believed to have been a caliber too large to fit in the gun that Mumia kept in his cab’s glove compartment for self-defense. Every “witness” who testified against Mumia later recanted, saying they were coerced or given rewards to falsely testify. (One of the recanting witnesses, Veronica Jones, was actually arrested on the witness stand immediately after her recantation.) Police claimed Mumia bragged that he killed the officer, yet the report made at the time reported “The Negro male made no comment”; a doctor later said that Mumia was beaten so badly that he would not have been physically capable of speaking.

There are many more irregularities, but you get the idea. As a Black Panther, he was subject to spying and Cointelpro tactics, and his many years of tireless writing and speaking from prison on behalf of the downtrodden continues to infuriate Pennsylvania authorities.

They knew he was sick but didn’t tell him

The dire condition of Mumia, suffering from untreated hepatitis C and complications from that disease, was brought home by the speakers at a September 11 public meeting at New York’s All Souls Unitarian Church. Back in March, he went into a diabetic shock with life-threatening blood sugar levels and in renal failure. One of his lawyers, Robert Boyle, reports that the Pennsylvania Department of Corrections knew from 2012 that Mumia had a hepatitis C infection, but did not do complete testing on him until this year and withheld results of tests done on him. After falling into shock, he was moved to a hospital for eight days, where he was kept shackled and incommunicado — nobody was notified that he had been transferred.

“Tests performed over the last several months show that Mr. Abu-Jamal’s liver likely has ‘significant fibrosis’ (scarring) and deteriorated function. The disease has also manifested itself in other ways. He has a persistent, painful skin rash over most of his body. Our consulting physician, who visited Mr. Abu-Jamal, has concluded that it is likely a disease known as necrolytic acral erythma, a condition that is almost always associated with an untreated hepatitis C infection. Mr. Abu-Jamal has been diagnosed with ‘anemia of chronic disease,’ another common consequence of hepatitis C. He has sudden-onset adult diabetes, a complication that led to an episode of diabetic shock on March 30, 2015. Most recently, he has begun to lose weight again.

Mr. Abu Jamal’s hepatitis C can be cured — and the painful and dangerous consequences alleviated — if the Pennsylvania Department of Corrections (DOC) would administer the direct acting anti-viral medication that has now become the standard for treatment for hepatitis C infections.”

That has not been forthcoming. Prison officials claim he is not in need of treatment, although he had lost 50 pounds earlier in the year, is losing weight again and his hair is said to have begun falling out. The speakers at the September 11 event noted that this is not simply a case of refusing necessary medical care, it is also a matter of a precedent: If Mumia is given proper medical care, then other prisoners would be expected to receive such care also. Mr. Boyle and another lawyer, Bret Grote of the Abolitionist Law Center, have filed a lawsuit to get him medical care.

His medical condition has been so debilitating that it takes him a drastically longer time to produce his commentaries; it was only in recent weeks that he has been well enough to again read, Johanna Fernández said. Make no mistake that such a silencing is precisely what Pennsylvania authorities wish. He might have been left for dead when he went into shock — another prisoner, upon seeing Mumia’s condition, went to the head of the prison to demand he be taken to a hospital, asking “Are you going to let this man die?” For doing so, prison officials transferred him to another prison and threw him into solitary confinement.

More outrages may be on the way

A transfer to another prison may be imminent for Mumia, prompting his supporters to ask for the public’s help. On September 5, prison staff boxed up his materials, which is often a prelude to a transfer. The Free Mumia web site reports that Mumia was told he was not being transferred, but warns he might be, speculating it would be in retaliation for his lawyers’ filing the lawsuit seeking proper health care. Free Mumia reports:

“A retaliatory transfer to some other prison would be a new blow against Mumia’s health, and would steep him and his family in greater fear and uncertainty. … No transfer of Mumia should take place that does not take him to a quality medical center for cure of his very serious, but treatable, Hepatitis C condition.”

Suzanne Ross of the Free Mumia Abu-Jamal Coalition told the All Souls audience that when he was transferred from the prison where he had been on death row to a new location across the state, SCI Mahanoy, it was a very harrowing journey — he was heavily shackled with several guards continually pointing machine guns at him and an intentionally long route was taken to make it more difficult. This was done while he was already ill. Rough rides should be a concern; we need only remember what happened to Freddie Gray in Baltimore earlier this year.

Nor are political frame-ups without precedent. To provide just one example, the Black Panther Geronimo ji-Jaga Pratt spent 27 years in prison, convicted of a murder he did not commit, after the FBI specifically targeted him to be “neutralized.” Federal and local authorities in California knew he had not committed any such crime as he was in a Panther meeting hundreds of miles from the site of the murder at the time, a meeting that was spied on and documented by the FBI.

The death penalty is applied far more often to People of Color than it is to Whites, although it is also more likely to be applied when the murder victim is White than Black or Latino. Nearly 55 percent of death row inmates are People of Color and, since 1976, executions have been carried out 9 1/2 times more often with a Black defendant and White victim than when there is a White defendant and a Black victim.

Philadelphia is a particularly egregious case of this national pattern of racism. More than half of Pennsylvania’s death sentences are handed down in Philadelphia, and a study of patterns there found that Black defendants were four times more likely to receive death sentences than other similarly situated defendants. More than 2.2 million people are incarcerated in the U.S. — nearly 25 percent of the world’s total despite the U.S. having about four percent of the world’s population. The U.S. also has the highest rate of imprisonment of any country.

Political prisoners are among those, and not only Mumia Abu-Jamal. He is simply the best known. His fate does matter, and the least any of us can do is make a phone call or two on his behalf. The Free Mumia web site has that information at this link. Twenty years ago, activists saved his life. We can do it again, and then work to have him exonerated.