Cooperative enterprises are more stable than conventional capitalist enterprises, are more productive and create jobs that are more sustainable. And although the temptation to see coops as a magical solution to the ills of capitalism should be resisted, that they are better for workers than top-down enterprises shouldn’t be any surprise.

The better performance of cooperative enterprises, and the better results for workers, than that of traditionally run capitalist enterprises was recently summarized by the organization Co-operatives UK in its report, “What do we really know about worker co-operatives?” Written by Virginie Pérotin, the report analyzed international data on worker-owned and -run businesses in Europe, the U.S. and Latin America and compared the results with conventional businesses.

Moreover, the report said, conventional enterprises have something to learn from cooperatives: “in several industries, conventional companies would produce more with their current levels of employment and capital if they behaved like employee-owned firms.” Setting aside the unlikelihood of capitalists suddenly deciding to cede control and/or share profits, the preceding quote only makes sense. Why wouldn’t we be more productive if we were working for ourselves and had a say in the running of the business rather than toiling within the traditional concept of having to accept orders from above by people who have no interest other than squeezing as much out of you as possible? 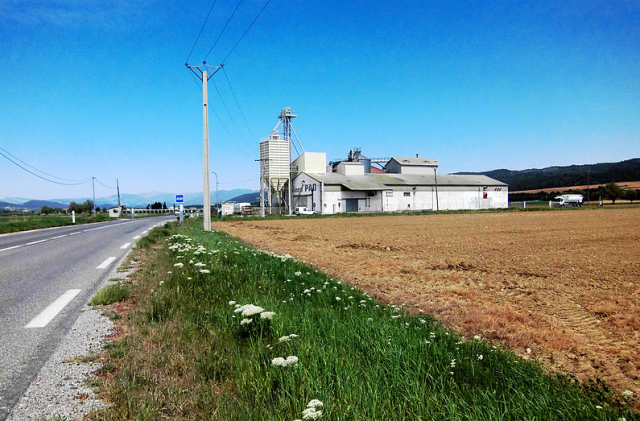 The Co-operatives UK report defined a worker co-operative as an enterprise in which all or most of the capital is owned by employees (members) whether individually and/or collectively; all categories of employees can become members; most employees are members; in accordance with international co-operative principles, members each have one vote, regardless of the amount of capital they have invested in the business; and members vote on strategic issues in annual general meetings and elect the chief executive officer. Law firms were excluded because only some lawyers can be partners nor can any support staff.

The main findings of the report are:

There are benefits not only for the workers of the cooperative, but also for the local community:

Employee control is thought to increase productivity, and in a labour-managed firm adjusting pay to preserve jobs makes sense for the employee-owners. Worker-members make the decision to adjust pay and they get the future profits (whereas it is more difficult for a conventional firm to elicit employees’ agreement for pay cuts in exchange for job preservation, since the firm’s owners have an incentive not to increase pay when business recovers).”

And certainly no cooperative is going to vote to ship itself thousands of miles away to a low-wage haven!

Interestingly, perhaps because the example of the factory takeovers in Argentina come readily to mind, cooperatives are more commonly formed from scratch, rather than as rescues of failing enterprises. In France, for example, 84 percent of worker cooperatives started from scratch with only seven percent a rescue of a failing conventional firm during the years 1997 to 2001, whereas in the same period, 64 percent of all firms started from scratch and 20 percent as a rescue of a failing conventional firm.

A significant reason for that is undoubtedly government support. The French and Italian governments provide support for cooperatives and this accounts for the relatively higher number of coops in those two countries. The Co-operatives UK report estimates Italy has at least 25,000 coops, France has 2,600 and Spain has 17,000, compared to only 500 to 600 in Britain.

Government support for coops in France and Italy

During the last years of the 2000s, about 200 new enterprises joined France’s national federation of cooperatives (Société coopérative et participative, or SCOP) annually, and the numbers continue to grow. According to Co-operative News, three-quarters of French coops remain in business after three years, while only two-thirds of French businesses overall last that long. The French government directly provides assistance:

“[W]orker co-operatives receive tax benefits from the French government. SCOPs do not have to pay the professional tax, which is 1.5% to 2.5% of revenues and income on worker shares is exempt from income taxes. There are also financial mechanisms for workers to use redundancy payments as part of wider financing package to buy-out and provide cash-flow for the business once they take it over.”

The federation also provides financing for capital needs through its own financial institution. Financing is also available for cooperatives in Italy. 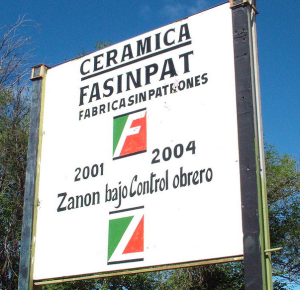 The taken-over Zanón ceramics factory, now known as FaSinPat, or Factory Without a Boss (photo by Guglielmo Celata)

The formation and sustainability of cooperatives in Italy are facilitated by the country’s Marcora Law. One aspect of this law is that laid-off workers can elect to have their unemployment paid in a lump sum to be used toward the formation of a cooperative, in conjunction with a minimum number of similarly situated workers. Cooperative members have technical assistance and financing available to them through a mutual fund run by cooperatives, to which all coops in turn contribute 3 percent of their net income. There are also banks that specialize in servicing cooperatives on advantageous terms.

The stability of coops in turn provides stability to the communities in which they operate, notes Co-operative News in a report on Italy’s Marcora Law:

“But beyond the economic and employment policies, the social dimension should not be underestimated: co-operation, by nature, is inextricably linked to geographical territory and, therefore, the re-launch of a business is almost always the re-launch of an important contribution to the economic regeneration of the area in which the enterprise operates; the assets of the business continues to be indivisible and inter-generational, which helps link the co-operative with its social reality.”

In Uruguay, mutual aid cooperatives have a long history — housing cooperatives began to be formed in 1966, with a rapid increase in them after the passage of the National Housing Act in 1968. These were suppressed during the years of military dictatorship in the 1970s and 1980s.

Worker-run cooperative enterprises constitute a tiny percentage of the economy in Uruguay. There was, however, a significant expansion in their numbers following a deep economic downturn there in 2002 and they have since gained some government support from the Frente Amplio government. These are often successful. A study finds that cooperatives have survival rates one-third above other enterprises. The study’s author, Gabriel Burdín, writes:

In Argentina, workers’ cooperatives were formed as acts of survival.

An organizer at the Zanón factory that is often seen as an exemplary model, Raúl Godoy, speaking at a Left Forum panel organized by Left Voice, told the audience of the long years of organizing necessary to have made the takeover possible. Even after the fall of Argentina’s military dictatorship, blacklists were maintained by employers during the era of formal democracy, and the Zanón factory had a “very harsh regime” for workers. Mr. Godoy reported that organizing had to be done “in almost conspiratorial fashion” outside the factory.

The Zanón activists built relationships with workers fighting in other places; sought to defend the rights of workers; built relationships with “picateros” (organized unemployed people who frequently use direct-action tactics), Mapuches, women and other workers; and did “important militant work that involved building confidence.” Thus when the factory was to be closed and the workers had to occupy it, and physically defend themselves from expulsion, they were able to be cohesive and to count on the assistance of the surrounding community.

The limits of the possible in Argentina

Although forming a cooperative was not necessarily their desired outcome, it represented what was possible at the time. Mr. Godoy told the Left Voice panel:

“There is no individual escape from the capitalist situation. We did not have the power to go beyond the cooperative form. It was the way we could maintain what we had accomplished.”

Argentine authorities have never been supportive of the recovered factories, and the new neoliberal government of Mauricio Macri has quickly slowed itself openly hostile to them. Thus Argentina’s cooperatives face a challenging future. “There is no solution within the capitalist system,” Mr. Godoy said. 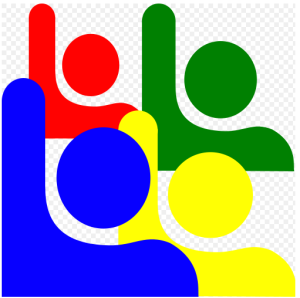 Nonetheless, Argentine cooperatives have provided a demonstration of worker-run enterprises forging strong links with their communities, with mutual benefit to the enterprise and the community that supports the enterprise. The employees doing so first had to overcome their own doubts about themselves, but were able to draw on the experience of those who went first and created national organizations to represent the cooperatives and enable coordination among them.

It is no so simple matter for working people to acquire the confidence to run businesses themselves; pervasive capitalist ideology insists the businesses can only be run by a small elite, who are therefore entitled to collect hundreds or even thousands of times more in compensation than their employees. Yet how could any business function without the know-how and cooperation of its workforce?

That the working conditions within cooperatives are superior to traditional top-down enterprises is simply common sense. But cooperatives are small islands in a vast sea of capitalism, and can’t escape the pull of capitalist markets, no matter how humane an internal culture might be. Cooperatives in themselves don’t necessarily herald a coming socialist dawn; they are quite compatible with capitalism.

Even if cooperatives were to become the dominant enterprise model, that by itself would not eliminate competition. To create a truly new, better system, in an economy based on cooperatives, the cooperatives would have to cooperate with each other in a system with democratic accountability. (This does not preclude that certain key industries, such as banking, would be in state hands under democratic control.)

For now, however, cooperatives must compete with capitalist enterprises with all the rigors of capitalist markets. Not even the world’s most successful cooperative, Mondragon, is exempt from this. That cooperatives tend to cut wages rather or dip into reserves rather than lay off workers, with an eye toward future better times in which pay cuts can be made up, may be more humane, but it also reflects that a cooperative enterprise that must compete is eventually forced to treat its own wages as a commodity.

If an economy is based on cooperatives, but those cooperatives compete against each other, the cooperative members will become their own capitalists and be forced to cut their wages to survive competition.

The intention here isn’t to pour cold water on the idea of cooperatives — they have tremendous value in demonstrating that working people don’t need bosses and that it is not necessary to work long hours for little pay so that a few people at the top can amass fortunes. The profits divided between industrialists and financiers derive from the difference in the value of what you produce from what you are paid.

Shouldn’t the people who do the work earn the benefits? Shouldn’t communities have stability instead of being subjected to the whims of far-off corporate bosses? In a better world, they would be.

13 comments on “Working collectively beats working for a boss”