Being a banker means never having to say sorry. Or worry where that next million is going to come from.

Financial results are in for 2016 for the biggest U.S. banks and — surprise! — profits continue to reach the stratosphere. And with Goldman Sachs in firmer control of the U.S. Treasury Department than ever before, the good times will continue to roll for Wall Street. For the rest of us, that’s another story.

No less than six “Government Sachs” executives have been nominated to high-level posts in the new Trump administration. As a candidate, Donald Trump attacked opponents for their ties to Goldman Sachs during the campaign, but the joke is on those who naïvely believed the real estate mogul was going to “drain the swamp.” Heading the list is the treasury secretary nominee, Steve Mnuchin, who spent years at Goldman Sachs before earning the title “foreclosure king” as chairman and chief executive officer of OneWest Bank. 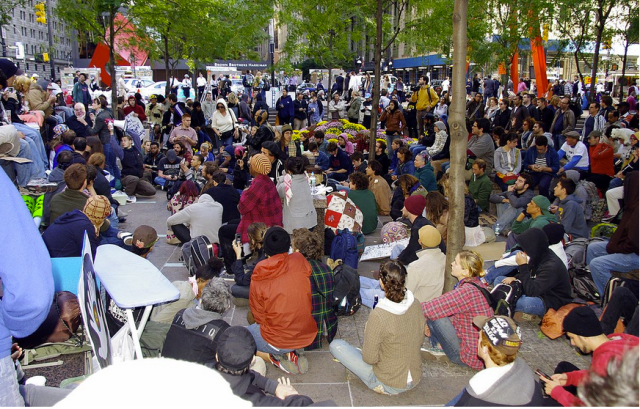 Mr. Mnuchin, who bought distressed mortgages and evicted thousands of homeowners during the financial crisis, further demonstrated his humanitarian streak when he announced that, as treasury secretary, he would oversee “the largest tax change since Reagan” and said his “No 1 priority is tax reform.” More tax cuts for the wealthy and corporations. Hurray! How many more people would pay for this by losing their ability to keep their homes was not indicated.

The Guardian, however, did report that “Mnuchin went on to sell OneWest last year for more than double what he paid the Federal Deposit Insurance Corporation for the assets in the teeth of the financial crisis.” The California Reinvestment Coalition has calculated that Mr. Mnuchin’s bank was responsible for more than 36,000 foreclosures in in that state alone, and reported he disproportionally foreclosed on seniors. It did so frequently using harassment and other aggressive tactics, even to the point of changing the locks on a senior’s home in a blizzard.

“Vampire squid” indeed. Those are the sort of tactics that surely endeared Mr. Mnuchin to President Trump.

No roundup of the year in banking, however, would be complete without the wit and wisdom of JPMorgan Chief Executive Officer Jamie Dimon. When we last checked in a year ago, Mr. Dimon insisted that declining incomes for working people was no big deal, because they are better off by virtue of possessing iPhones, while in 2014 he complained that — oh the humanity! — “banks are under assault.” As we look back at 2016, he has again provided us with comic relief.

Somehow keeping himself composed as he told Bloomberg News that “business [has] been beaten down as if we’re terrible people,” he upheld the work of banks in saving Detroit. You can’t make this up: He said, “Detroit is a perfect example where civil society, not-for-profits, government, business all work together to improve the lives of American citizens. If you can duplicate what they’ve done in Detroit around the country, you’re going to have a huge renaissance.” He finished by declaring “JPMorgan didn’t jeopardize the system. We did not cause the crisis. We have three times more capital than we had back then. We saved 30,000 jobs.” 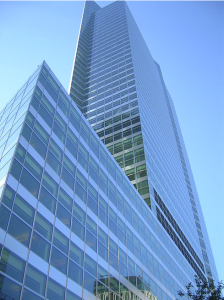 We’ll pause here so you can enjoy a hearty laugh. There is no need to point out the tremendous damage major banks did to economies around the world, and the trillions of dollars of handouts given to them as a reward for their destructive behavior. There is little need to point out the damage done to Detroit, but as a reminder, complex and poorly understood derivatives were decisive in Detroit’s fiscal downfall.

These derivatives were sold to the city as a form of “insurance” against possible increases in interest rates, but when interest rates fell and Detroit’s credit rating was cut, hundreds of millions were siphoned from city coffers into Wall Street pockets, and the banks that sold the derivatives jumped to the head of the line of creditors. No money for pensions or government services, but plenty for financiers.

Mr. Dimon does seem to be rather well compensated for his difficulties, “earning” $27.6 million for 2015, tops among banking chief executive officers. Goldman Sachs’ Lloyd Blankfein didn’t do too badly himself, hauling in $23.4 million in compensation. Another nine topped $10 million.

Bigger and badder than ever

These bloated salaries did not, so to speak, break the banks. Once again, profits for the six biggest U.S. banks were massive — nearly $93 billion for 2016.

Here’s a breakdown of the six banks for 2016, three of which reported record profits.

Beyond the whip of Wall Street

The biggest banks not only extract more money from the rest of the economy than ever, but are bigger than ever — banks with more than $100 billion assets increased their market share from 17 percent in 1995 to 59 percent in 2014. This is the mad logic of capitalism — grow or die. Finance capital, despite being the whip enforcing trends that worsen inequality, is not immune from what it enforces on everyone else. One measure of the cancerous growth of financial products bearing little relationship with actual needs is this: In 11 business days financial speculators trade instruments and contracts valued at more than all the products and services produced by the entire world in one year.

Reducing banking and finance to a public utility would be the only way to break the grip of giant banks and financial institutions. One intermediate step that could be taken would be government banks that would fund public infrastructure projects and provide low-cost loans, and which would be the recipient of government revenue rather than commercial banks.

The Bank of North Dakota is an example of such an institution that already exists, with proposals for state banks being floated for Vermont, Washington state, Oregon and California. A New Jersey gubernatorial candidate, Phil Murphy, has made a public state bank the centerpiece of his campaign, arguing that students would benefit from low interest rates for college tuition, more loan capital would be made available and municipal governments would no longer have to pay high interest to Wall Street.

The Left Party of Germany has a detailed plan to bring banks under democratic control. Although the party’s proposal is specific to Germany, its basic ideas are transferable to any country. Any form of democratic control of an economy would be impossible without banking and finance being reduced to a public utility, and thus serving to benefit communities rather than existing as a parasite that exists to profit over every aspect of human activity, no matter the social cost.

11 comments on “Wall Street bigger and badder than ever”