Profits must be the only true human right if as basic a necessity as water is not. But although the modern public-relations industry has succeeded in rebranding robber barons as “captains of industry,” not even the most able army of flacks can always stop corporate executives from accidentally telling the world what they really think.

It’s no secret that some of the world’s biggest corporations are draining aquifers and reselling tap water at enormous profit. But they want to go further and make paying for water mandatory. Water is simply another “market commodity” in this view — most notoriously propagated by Nestlé S.A. Chairman Peter Brabeck-Letmathe in a six-minute video issued by his company. It’s fair to say that the apparent attempt by Nestlé to project an image of a company soberly grappling with the world’s problems through a stern rationality backfired spectacularly. 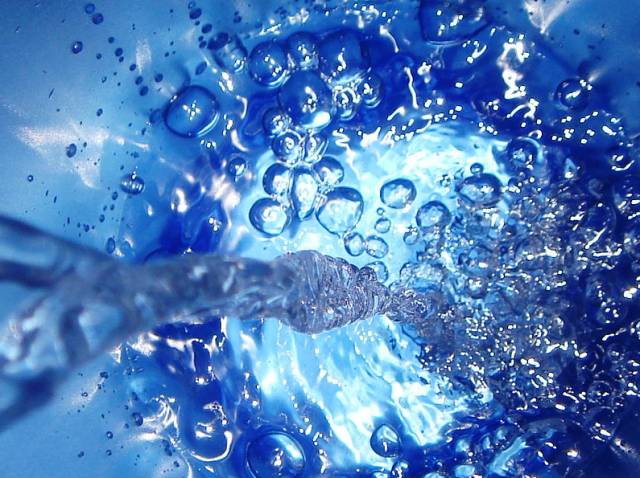 Mr. Brabeck-Letmathe’s body language renders as nonsense Nestlé’s post-video contention that he didn’t mean what he said. Beginning at the 2:07 mark, he is shown as saying:

“It’s a question of whether we should privatize the normal water supply for the population. And there are two different opinions on the matter. The one opinion, which I think is extreme, is represented by the NGOs [non-government organizations], who bang on declaring water a public right.”

The chairman grimaces at the very thought of water being considered a right, then lets loose a smirk, signaling unmistakable contempt for what immediately follows:

“That means that as a human being you should have a right to water. That’s an extreme solution. And the other view says that water is a foodstuff like any other and like any other foodstuff it should have a market value. Personally I believe it’s better to give foodstuff a value so that we’re all aware that is has a price and that one should take specific measures for the part of the population that has no access to this water and there are many different possibilities there.”

A right to water is “extreme”! Such an opinion may well be considered “extreme” in many corporate boardrooms, but such opinions are not free of corporate interests. If the route to increasing profits is dependent on privatizing the commons and public services, such is the belief system that will arise. Thanks to their tireless work in combating such “extreme” beliefs, the one percent are doing just fine, thank you. That the perspective of industrialists and financiers are different from the rest of us is exemplified by Mr. Brabeck-Letmathe at the video’s 5:34 mark:

Yes, stop whining just because wages are declining around the world, unemployment remains high, inequality is reaching levels not seen since the 1920s, the environment is dangerously polluted, global warming is poised to spiral out of control, the power of the biggest capitalists and their multi-national corporations has rendered democratic participation a joke, older workers are thrown out of their jobs and their pensions unilaterally cut, there are few jobs for young workers who are mired in debt, housing and education costs rise far faster than inflation, and the world’s governments join hands with capitalists in a global race to the bottom with no accountability to their electorates.

If your idea of democracy is nothing more than having more flavors of cola to choose from, then indeed you have everything you want.

In an effort to ameliorate the damage, Nestlé subsequently issued a press release claiming its chairman “thinks water is a human right.” It turns out, if we were to believe Nestlé’s spin, that he was merely “trying to raise awareness about the issue of water scarcity. … He is not in favour of privatization, but is advocating more efficient water management by individuals, industry, agriculture and governments.”

That doesn’t square with what the Nestlé chairman plainly said in his video. Nor does it acknowledge the role of Nestlé in making water more scarce. Water, in fact, is big business. Bottled water is dominated by three of the world’s biggest companies: The Coca-Cola Company (Dasani), PepsiCo Inc. (Aquafina) and Nestlé (Poland Springs, Deer Park, Arrowhead and others). The world’s two largest private managers of water systems, Veolia Environment and Suez Environment, have combined revenue of US$51 billion. Much to grab, indeed.

Paying for the same thing that comes out of your tap

Companies that sell bottled water are not necessarily sending teams to remote mountain ranges. A report on AlterNet by Michael Blanding notes:

“[M]any times bottled water is tap water. Contrary to the image of water flowing from pristine mountain springs, more than a quarter of bottled water actually comes from municipal water supplies. … Both Coke and Pepsi exclusively use tap water for their source, while Nestlé uses tap water in some brands.

Of course, Coke and Pepsi tout the elaborate additional steps they take that purify the water after it comes out of the tap, with both companies filtering it multiple times to remove particulates before subjecting it to additional techniques such as ‘reverse osmosis’ and ozone treatment. Reverse osmosis, however, is hardly state of the art — essentially consisting of the same treatment applied through commercially available home tap water filters, while ozonation [a water-treatment process] can introduce additional problems such as the formation of the chemical bromate, a suspected carcinogen.”

It is not only bottling and repackaging tap water that is lucrative — supplying the tap water is as well if privatized. A study by Food & Water Watch found that:

Dozens of municipalities in France, Germany and the United States are taking back their water and sewer systems, reversing earlier privatizations. Local governments consistently discovered that privatization led to higher prices, reduced services and deteriorating working conditions for holdover employees. Corporations operating these systems were simply putting into practice what the Nestlé chairman said in his video: Water is a commodity to be bought by those willing to pay a higher price.

In one notorious case, the World Bank forced the privatization of the water system in the Bolivian city of Cochabamba in 1999. Bechtel, the company that was handed the water system as the sole bidder in a secret process, charged a sum equal to one-quarter of city residents’ average household income and imposed a contract provision banning the collection of rainwater. After massive local protests backed by a global campaign forced it to leave the city, Bechtel sued Bolivia for US$50 million in damages and lost profits although its investment is believed to have been less than $1 million and Bechtel’s revenues are six times the size of Bolivia’s gross domestic product.

Even the weather is expected to earn a profit

Other government services taken for granted, like weather forecasting, are not exceptions. Bizarre as it sounds, executives at private weather-forecasting services like AccuWeather for years have advocated that the U.S. government’s National Weather Service be barred from issuing forecasts. The Weather Service is the most reliable forecaster in the country and taxpayers spend hundreds of millions of dollars on it. Yet we are supposed to eliminate this public benefit, converting it in its entirety into a corporate subsidy, so one capitalist can make a profit!

The concept that knowledge of a coming storm should be reserved for those willing to pay was pushed by AccuWeather and a lobbying group then calling itself the Commercial Weather Services Association, with one of the U.S. Senate’s dimmest bulbs, fundamentalist Rick Santorum, promoting a bill in 2005 that would bar the National Weather Service from issuing forecasts except during unspecified emergencies.

Under the bill, the agency would continue to collect data and then give all of them to private companies. AccuWeather would issue forecasts without the burden of collecting its own data, instead getting it for free at taxpayers’ expense. As a report in Slate noted, the bill’s language said:

“Data, information, guidance, forecasts, and warnings shall be issued … through a set of data portals designed for volume access by commercial providers of products or services.”

The disingenuousness of this bill was stated bluntly at the time by Jeff Masters on his Weather Underground blog:

“Private weather industry forecasters do their own forecasting, but will usually check their forecast against what the [National Weather Service] says before sending it out. If the NWS forecast differs considerably, there will frequently be an adjustment made towards the NWS forecast, resulting in a better ‘consensus’ forecast. So, with the proposed legislation, not only would we lose the best forecasts available, but the forecasts from the private weather companies would also worsen.”

But a couple of capitalists would make a bigger profit — so what if more people would die in floods or other natural disasters? That’s the magic of the market at work.