He’s only been in office six months and I know we should be leery of making comparisons that risk becoming glib, but the consistencies are already too apparent to be ignored: Bill de Blasio is the Barack Obama of New York City.

Both took office with expectations higher than were reasonable but have fallen short of what someone with sober expectations might have expected. High expectations without mobilizing a movement to realize those expectations is part of the problem, true. That is, and is not, a mitigating factor. That too many hopes were poured into individual office-holders, and too little effort into holding them accountable, is beyond reasonable dispute. But that does not ameliorate the necessity of judging them by what they do rather than what they say.

And who they appoint. Among President Obama’s first significant appointments was Lawrence Summers to be his lead financial adviser. All was lost right there; an unmistakable neoliberal signal. Among Mayor de Blasio’s first significant appointments was William Bratton as police commissioner. Commissioner Bratton held that office under Rudy Giuliani, a time when the New York Police Department often acted like an occupying army, with relations between the police and, in particular, Black and Hispanic communities, abysmal.

He followed his Giuliani-time stint with a lucrative deal with Kroll Inc., a security firm that describes itself as “Wall Street’s eyes.” He also greatly increased the use of “stop and frisk” tactics when he was Los Angeles commissioner despite his new boss’ promise to curtail usage, and the Los Angeles Police Department’s use of force increased under his leadership. 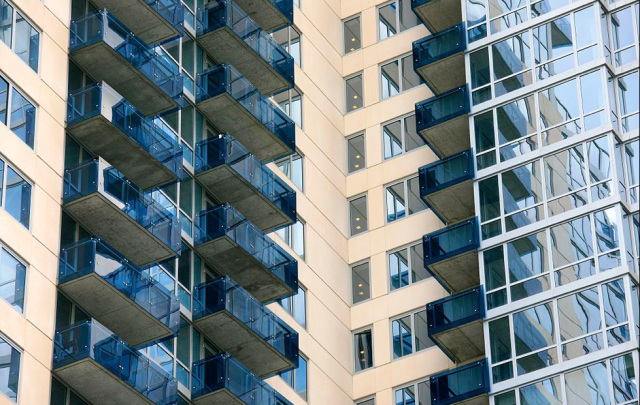 The new look of Williamsburg (Photo by Alex Proimos)

Should we judge Mayor de Blasio by his words or by his actions? He certainly said words welcomed by most New Yorkers in the days leading up to the June 23 vote by the city’s Rent Guidelines Board in which it voted for an increase in rents for rent-stabilized apartments, as it has in each of its 45 years of existence. Consistent with the position he took during last year’s mayoral campaign, he publicly called for a rent freeze. He went so far as to say, hours before the vote, that:

But he also said the decision should be based on “the actual facts, the actual numbers.” That was a signal to not expect a rent freeze.

The Rent Guidelines Board is independent, but the mayor appoints all nine members; Mayor de Blasio has had time to appoint or re-appoint six of them. So although the mayor can’t dictate what the board members will do, he can select people who will follow his alleged philosophy. Previous mayors such as Michael Bloomberg, Rudy Giuliani and Ed Koch, each unreserved servants of New York’s two dominant industries — real estate and Wall Street — had no difficulty packing the board with appointees who routinely gave landlords significant rent increases.

Two board members represent tenants and two represent landlords, so the five “public” members are decisive. And it was one of Mayor de Blasio’s picks, an executive with M & T Bank, who put forth the proposal for a one percent raise despite widespread hope that this year would see the first-ever freeze. According to a report in The Wall Street Journal, the bank executive, Steven Flax, cut a deal with landlord interests on the board because the latter realized they would not be able to get the much bigger increase they sought.

According to a report prepared by the board — which presumably relies on landlord reporting and thus likely somewhat understates their income — apartments in rent-stabilized buildings generated an average net income of $436 per month in 2012. The average building surveyed has 45.3 units — thus, the average building yields $237,000 in profits for one year! It is true that many buildings are much smaller, but it is also true that many landlords own multiple properties.

Moreover, that average net income has increased 31.5 percent since 1990, with much of that coming since 2005. Landlord profits have increased all but one year since — that is, the rents collected have risen faster than expenses.

Mayor de Blasio has kept former Mayor Bloomberg’s real estate policies intact. During the billionaire ex-mayor’s reign, zoning laws were changed over wide swathes of land to allow luxury high-rises where either smaller residential buildings or commercial operations had been, accelerating gentrification. The zoning could have been reversed; 40-story towers are out of place in neighborhoods where buildings had been on a human scale. But just last month, Mayor de Blasio allowed the notorious developer Two Trees (which has already rapidly gentrified another Brooklyn neighborhood down the East River) to build towers up to 55 stories in Williamsburg, on the site of a shuttered sugar factory.

The developer that previously owned the property wanted to build an out-of-scale luxury housing complex that is certain to put still more upward pressure on local rents — this is a historically working class area — consistent with the new zoning. Having instead flipped the property to Two Trees, the “progressive” mayor decided to capitulate to the new developers’ demand to allow even bigger buildings in exchange for a token increase in the number of affordable units.

But perhaps we should not hold our breath waiting for the lower-priced apartments to be built — another developer, Forest City Ratner, has pushed the date for the promised affordable housing associated with the massive luxury-housing project at Barclays Center far into the future. That despite hundreds of millions of dollars in government subsidies and buying rights to what had been public land for below market value.

Mayor de Blasio has made no move to reverse any of the Bloomberg-era rezoning — heavily opposed by neighborhood residents who rightly saw them as being implemented to benefit developers at their expense. He is eyeing similar rezonings (in other words, keeping the wave of gentrification moving) for another 15 neighborhoods. The mayor is already on the record as saying he will continue the Bloomberg administration’s policy of higher-density building. That’s music to the ears of the city’s billionaire developers. Not so much to neighborhoods lacking the infrastructure to handle such influxes.

Then there is the matter of charter schools — funded through city taxes but privately run and given public-school space for free at the expense of the public-school students. Charter schools are the leading edge of efforts to privatize school systems and put them under corporate control while busting teachers’ unions so as to bring on younger teachers with less pay and less job security. And they achieve similar or worse results than traditional public schools, despite the hype that surrounds them.

In contrast to his campaign promises to reign in charter schools and make them pay for the space they use, Mayor de Blasio’s first move was to approve 39 of 49 charter-school applications that had been rubber-stamped late in 2013 in the waning days of the Bloomberg  administration. Hedge funders and other corporate interests, backed by “Governor 1%,” Andrew Cuomo, swiftly reacted with a counter-offensive against that tepid opening. Governor Cuomo rammed through a provision in the state Legislature that requires the city to hand over space for free to charter schools.

Mayoral control of schools was fine when a billionaire mayor wanted to corporatize them but not when there is a theoretical possibility of a mayor allowing public input in education policy.

Mayor de Blasio’s reaction? Not so much as a whimper as his charter-school promises were eviscerated as if they had never existed, and then he played a critical role in defeating an electoral challenge to the governor when the latter was challenged for the nomination of the Working Families Party, a small party that seeks to provide progressive cover to Democrats by cross-endorsing them.

The mayor has yet to challenge the governor on any issue, despite the latter’s corporate agenda, backed heavily by the financial industry. The New York City government is hamstrung in advancing tenants’ interests because of the state law known as the Urstadt Law, which forbids local governments from enacting rent laws better than the limited protections allowed under state law. The mayor could push for the repeal of Urstadt, a long-time demand of housing activists, but has remained silent. The one thing he could have delivered, a rent freeze, he did not do.

Although it may seem that a one percent increase — the smallest ever granted — is not much different than zero percent, a first-ever freeze would have set an important precedent and created the conditions for future rent freezes — or rollbacks. In 2011, about 55 percent of New York City’s households lived in apartments with rents that exceeded 30 percent of household income, defined as the maximum affordable rent, up from about 45 percent ten years earlier.

Just as President Obama made a couple of symbolic gestures that were easy to do — successfully pushing for the Lilly Ledbetter equal-pay act and withdrawing the Bush II/Cheney administration’s legal memos “legalizing” torture — Mayor de Blasio has overseen a reduction in “stop and frisk” police tactics and pushed for an expansion of pre-kindergarten school programs. Those are widely popular and represent a minimal “promise kept.” But, so far, overall, an Obama-esque drifting and surrender to corporate ideology. Both have effectively turned Right-wing offensives in bipartisan collaborations.

Trend is larger than any one personality

One person, one office-holder, can only do so much; all the more so is that the case when there is no sustained grassroots mobilization that can hold them to account. Nor should we overemphasize personalities when the structure that maintains corporate domination is as strong as ever. This is hardly a new phenomenon — North American liberals and European social democrats have been capitulating to corporate interests and adopting right-wing positions steadily through the three decades of the neoliberal era. The tenures of Bill Clinton, Jean Chrétien, Tony Blair, Gerhard Schröder, François Hollande, to name only a few at the national level, tell us there is something much larger than individual personalities at work here.

There is a breakdown of coherence beyond dependence on corporate money, corruption, domination of the mass media by the Right, philosophical and economic myopia, and cowardliness. It’s that North American liberalism and European social democracy no longer stand for anything. They, and their leaders, believe as fervently in capitalism and its limitations as strongly as any conservative. But although acknowledging problems and advocating reforms, they are trapped by their belief that capitalism will solve its own problems and nothing more than tinkering is necessary, or imaginable.

Beyond the exhaustion of liberalism and social democracy, and their submission to corporate perspectives, is the lack of mass movements. At the start of his first term, President Obama told his supporters to “make me” do what they wanted him to do by applying pressure. They didn’t, and haven’t. Mayor de Blasio did not go so far as to say that to his supporters, but the same principal applies. There is no serious movement pressuring him to not only fulfill his campaign promises, but, more importantly, to move the political agenda well beyond.

For example, why shouldn’t housing be a human right instead of a commodity for private profit?

In the absence of popular pressure, corporate money speaks all the louder. Ringing your hands in frustration gets you nothing. Organizing a movement, filling the streets, refusing to cooperate with business as usual changes societies. Until that happens, corporate power and money will continue to call the tune, no matter who is in office.