Nostalgia for the supposed “golden age” of mid-20th century capitalism carries with it an assumption that we can simply go back to a Keynesian world. Yet this is not a matter of simply of switching horses for nobody decreed that we shall now have neoliberalism and nobody can decree we shall now have Keynesianism.

There are structural reasons for the neoliberal assault. It is the logical development of capitalism; “logical” in the sense that the relentless scramble to survive competition eventually closed the brief window when rising wages were tolerated and government investment encouraged. The Keynesian policies of that time was a product of a specific set of circumstances that no longer exist and can’t be replicated.

Mid-20th century Keynesianism depended on an industrial base and market expansion. A repeat of history isn’t possible because the industrial base of the advanced capitalist countries has been hollowed out, transferred to low-wage developing countries, and there is almost no place remaining to which to expand. Moreover, capitalists who are saved by Keynesian spending programs amass enough power to later impose their preferred neoliberal policies. A vicious circle arises: Persistent unemployment and depressed wages in developed countries and inadequate ability to consume on the part of underpaid workers in developing countries leads to continuing under-consumption, creating pressure for still lower wages by capitalists who can’t sell what they produce and seek to cut costs further because there is no incentive for them to invest in new production.

Counter-intuitively, the turn toward neoliberalism is a also a response to declines in profitability. The rising wages of the post-World War II era were tolerated by capitalists because profits and the potential for further expansion were both high. Pent-up demand across the global North and the massive destruction of capacity in Europe enabled U.S. manufacturers to gain an unprecedented, and unrepeatable, opportunity. Capitalists in Europe and East Asia used state investment to rebuild their economies and regain their competitiveness. 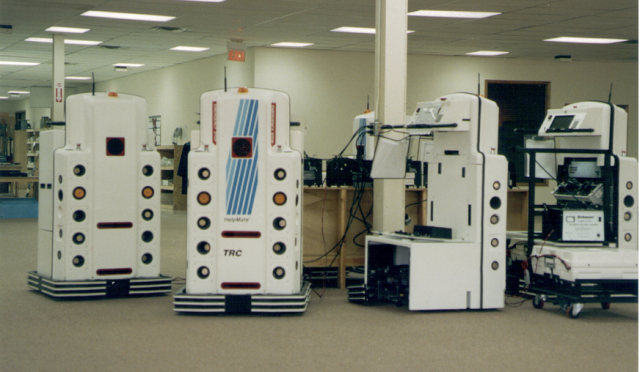 Workforce of the future?

The Keynesian compromise was not necessarily what capitalists would have wanted; it was a pragmatic decision — profits could be maintained through expansion of markets and social peace bought. When markets could no longer be expanded at a rate sufficiently robust to maintain or increase profit margins, however, capitalists ceased tolerating paying increased wages.

Competition is now carried out on a global scale, and where in the past local monopolies tended to cohere within national or regional borders, corporate globalization has put the world well down the road of international monopolization. The same tendency toward a handful of corporations dominating a market is now being reproduced on a larger scale, a single global world system, replicating the processes that previously led to monopolizations within individual countries or regions.

This is part of the “grow or die” dynamic of capitalism. It’s not only grabbing market share, it’s a mad scramble to “innovate” to increase profitability. That can be new production techniques but it is especially cutting costs — in the first place, wage costs. Thus robotics and automation to reduce the number of workers needed, which also “deskill” work to make workers more expendable, putting downward pressure on wages. Work speedups are part of the extraction of more profits, or an attempt to stave off declines in profit rates. And when these are finally insufficient, the work begins to be moved to new locations with lower wage levels and weaker regulation. “Free trade” agreements negotiated in secret that bring corporate wish lists to life both accelerate this tendency and are a product of it.

The capitalist that cuts costs first gains an advantage, but competitors follow, eroding the advantage. So the next step, and the next step, is carried out, intensifying these processes. The personality of the capitalist does not matter; he or she is acting under the rigors of competition. There is no way to put a human face on this or to permanently reverse the logic of capitalist competition. The present era of austerity and neoliberalism is the product of capitalist development. Even if a massive movement becomes sufficiently strong to effect significant reforms, eventually they would be taken back just as the reforms of the mid-20th century have been taken back. 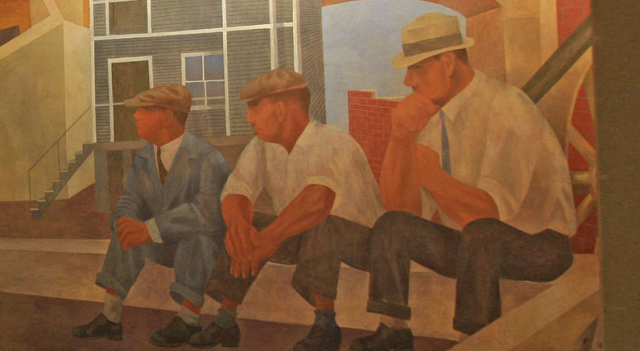 Not only does the scope for expansion that existed during the Keynesian era no longer exist, the environmental limits and global warming that the world did not then face can no longer be avoided. Humanity is consuming far beyond the world’s replenishment capacity and changing the climate at a faster rate than ever before known. We can’t turn back the clock (and the “golden age” of capitalism wasn’t so golden if you were a woman, a Person of Color or a working person in a developing country) nor is it environmentally sound to ramp up production and consumption on the scale that a global Keynesian initiative would require.

Alas, this is a variation on the theme of “green capitalism” — the idea that the same system that has brought the world to its present state of crisis, a system that requires infinite expansion on a finite planet, that has turned to financialization because speculation is more profitable than production, that treats pollution and waste as external costs to be ignored will somehow now save us. Tinkering with the machinery of capitalism — which is what Keynesian nostalgia amounts to — would ameliorate conditions somewhat for a while, but offer no solution.

The days when it was still possible to believe capitalism can be a progressive force are behind us; the neoliberal assault is the “new normal.” When capitalism has penetrated into every corner of the world, there is nowhere else to expand: The only route for capitalists is to reduce wages and benefits. The only route for the 99 percent is an entirely different world.

13 comments on “Keynesianism will not save the world”