In any country in which a model of worker cooperation or self-management (in which enterprises are run collectively and with an eye on benefiting the community) is the predominant model, there would need to be regulations to augment good will. Constitutional guarantees would be necessary as well. Some industries are simply much larger than others. In a complex, industrialized society, some enterprises are going to be much larger than others. Minimizing the problems that would derive from size imbalances would be a constant concern.

Furthermore, if enterprises are run on a cooperative basis, then it is only logical that relations among enterprises should also be run on a cooperative basis. An alternative to capitalist markets would have to be devised—such an alternative would have to be based on local input with all interested parties involved. Such an alternative would have to be able to determine demand, ensure sufficient supply, allow for fair pricing throughout the supply chain, and be flexible enough to enable changes in the conditions of any factor, or multiple factors, to be accounted for in a reasonably timely and appropriate fashion. 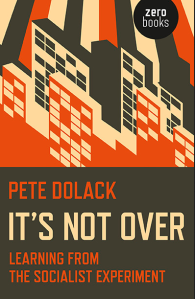 Central planning in a hierarchal command structure with little or no local input proved to not be a long-term viable alternative system. What of tight regulation? That is not a solution, either. Regulators, similar to central planners, can never possess sufficient knowledge to adequately perform their job and local enterprises can use their special knowledge to give themselves an advantage rather than share that knowledge with regulators.

Responsibility, then, would have to be tied to overall society. Negotiations among suppliers and buyers to determine prices, to determine distribution and a host of other issues would be necessary. Such negotiations are already common in certain industries; for example in the chemical industry, where companies negotiate commodity prices on a monthly or quarterly basis. Those are competitive negotiations in which the dominant position oscillates between buyer and supplier, resulting in dramatic price changes.

In a cooperative economy, negotiations would be done in a far more cooperative manner, with a wider group participating in the discussions. In this model, prices of raw materials, component parts, semi-finished goods, finished goods, consumer products and producer products such as machinery would be negotiated up and down the supply chain, leading to a rationalization of prices—markups to create artificially high profits or pricing below cost to undercut competitors would be unsustainable in a system where prices are negotiated and pricing information is widely available.

These would have to be fair negotiations—prices throughout the supply chain would have to be set with an eye on rational economics. Industry facilitators to assist negotiations and/or a government arbitration board to make decisions when parties are unable to agree to terms might be necessary. Community input would also be desirable, in the industries in which a given community is directly involved and for retail prices of consumer goods. It may be desirable to include these community interests in pricing negotiations directly. As more people take on more responsibility, more will gain the experience of fair negotiations, enabling more to peer over the shoulders of those involved in these decisions. In turn, more experience means more people within the community who can shoulder responsibility.

Although regulation, as noted above, is not in itself a solution, that is not a suggestion that regulation should be done away with. One method of using regulation to ensure socially positive economic activity might be a system of certification. Enterprises would be responsible for investment, production and financial decisions, but might be required to demonstrate full compliance with a range of standards on issues such as equal opportunity, workers’ rights, health and safety, environmental protection and consumer protection. Enterprises could be required to be certified on all relevant issues before conducting business, and perhaps be re-certified at specified intervals.

The allusion to “workers’ rights” in the preceding paragraph might seem a bit odd. These are enterprises under workers’ control already, so what rights are contemplated? That is a more specific question than can reasonably be answered in all situations ahead of time, but in large enterprises workers might still need protections codified in the laws covering the governance of enterprises. In the Czechoslovakia of Prague Spring, as we saw in Chapter 3, this issue was directly confronted. There, the enterprises were under state ownership, and no change was contemplated to that status—enterprises were to be managed directly by their employees on behalf of the country and its people. Activists had begun to set up (until the Soviet occupation stopped it) a system of workers’ councils as the instruments through which enterprises would be directed by all the employees.

Although these have a similar name, they should not be confused with the councils and soviets set up in 1917 and 1918 across Europe; these councils were enterprise-management bodies, not alternative government bodies. The Czechoslovak workers’ councils were designed to give the entire workforce of an enterprise a say in management and would also send representatives to national conventions that would coordinate production at the national level. These councils were to exist simultaneously with trade unions, which would represent the same workers as employees. The activists, mostly trade unionists and grassroots Communist Party members who worked in these factories, believed that separate organizations were necessary to represent workers properly in both their roles because there are potential conflicts between being a member of an organization and an individual worker. 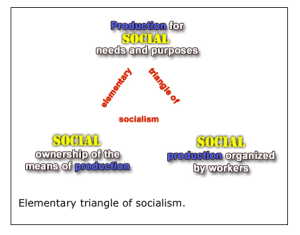 In a country where capitalism has been transcended, and a new system of social control and democracy is being established, employees in those large enterprises that are to be formally owned by the state will have the same dual role of managing the enterprise collectively at the same time they remain workers. It is not impossible that biases or favoritism could slowly arise in such enterprises; a union would provide another source of protection that could defend a worker as an individual when necessary. Trade union membership, then, would remain a social value to be respected.

Workers in enterprises that are collectively owned, since they would be owners and not simply managers, might find less ambiguity between their two roles, as long as strategic decisions are made collectively. Still, it may be that there remains a place for trade unions even in these types of enterprises, or it could be that unionization is simply a social value and all members of the enterprise join or form a union for reasons of social solidarity or to provide another check against any centralizing tendencies emerging within the enterprise or within government.

A system of democratic control and social accountability would require open information. Records and accounts of all enterprises and major production units of enterprises would have to be made available to all other parties to negotiations in order for the fairest deals to be reached and to prevent attempts to unfairly benefit at the expense of suppliers or customers. Social-justice organizations—such as those upholding civil rights, consumer rights or the environment—should also have a role, perhaps in enterprise negotiations when appropriate, but more likely in helping to set social goals, in monitoring compliance with standards and possibly being the bodies that issue certifications to enterprises that achieve the standards.

Some amount of planning and coordination would be necessary as part of the process of determining raw materials needs and ensuring that those needs are met. Any planning committee would have to be democratically controlled and have wide social representation to oversee production and to assist in the determination of investment needs.

Investment would need to go to where it is needed, a determination made with as many inputs as possible, but because of its importance banking is one area that would have to be in state hands and not in collectives. Financial speculation must be definitively ended, with banking reduced to a public utility. Enterprises seeking loans to finance expansions or other projects will have to prove their case, but should have access to investment funds if a body of decision-makers, which like all other bodies would be as inclusive as possible, agrees that the project is socially useful or necessary.

Government infrastructure projects should be subject to the same parameters as enterprises, with the added proviso that the people in the affected area have the right to make their voices heard in meaningful ways on local political bodies and on any other appropriate public boards. No private developer wielding power through vast accumulations of money will be able to destroy forests or neighborhoods to build a project designed for the developer to reap profits while the community is degraded. Development would be controlled through democratic processes at local levels, and regional or national infrastructure projects should require input from local bodies representing all affected areas.

Capitalist ideology holds that the single-person management that goes with private ownership produces the most efficient system, and soon after the October Revolution communist leadership agreed that single-person management is best. But in contrast to these “givens,” is it not true that a content workforce able to have control over its working life will produce better than a workforce that is alienated by a lack of control? Studies consistently conclude that measures of workers’ control increase satisfaction in work, productivity and solidarity. But workers’ control threatens the domination of elites.

An unprecedented level of democracy would be possible in a cooperative economy because the power of capital would be broken. Social constraints ensuring responsibility to the larger community would be required to prevent the accumulation of capital that translates into power, although such tendencies would be countered by a system that rewards cooperation rather than greed. The society that has been sketched out in these very broad strokes is a society with no classes. Working people—the overwhelming majority of society—have taken control. The (ex-)capitalists are just as free to go to work as everybody else. When the power of capital is abolished, capitalists are converted into ordinary people. Surely some, those with expertise and an ability to work well with others, would be among those cooperative members elected into administrative positions; regardless, they would have to become regular cooperative workers, contributing to the production of a quality product or service and having their say equal to all others who do the work.

This is an excerpt from It’s Not Over: Learning From the Socialist Experiment, published by Zero Books. Citations omitted. Sources cited in this excerpt are: Pat Devine, “Self-Governing Socialism,” anthologized in William K. Tabb (ed.), The Future of Socialism: Perspectives from the Left [Monthly Review Press, 1990]; Diane Elson, “Socializing Markets, Not Market Socialism,” The Socialist Register, 2000; and Herbert Gintis, “The Nature of Labor Exchange and the Theory of Capitalist Production,” anthologized in Randy Albelda, Christopher Gunn and William Waller (eds.), Alternatives to Economic Orthodoxy, [M.E. Sharpe, 1987]