The idea that democracy and capitalism go together is a relatively recent phenomenon. The pairing don’t really go together: How much control do you have at your job? Over the development of your city? Over a political process responsive only to the greed of the one percent?

Early capitalists and their publicists believed political democracy was an outright impediment. Adam Smith and another influential classical economist, David Ricardo, among many others, opposed universal suffrage. Ricardo was prepared to extend suffrage only “to that part of them [the people] which cannot be supposed to have an interest in overturning the right to property.” Smith’s reluctance seemed to be rooted in his honest assessment of how few are able to enjoy that right to property: “For one very rich man, there must be at least five hundred poor, who are often driven by want, and prompted by envy, to invade his possessions.”

Not long afterward, the influential British politician and writer Thomas Babington Macaulay said universal suffrage would be “the end of property and thus of all civilization.”  (“Property” refers to the means of production, not personal possessions.) 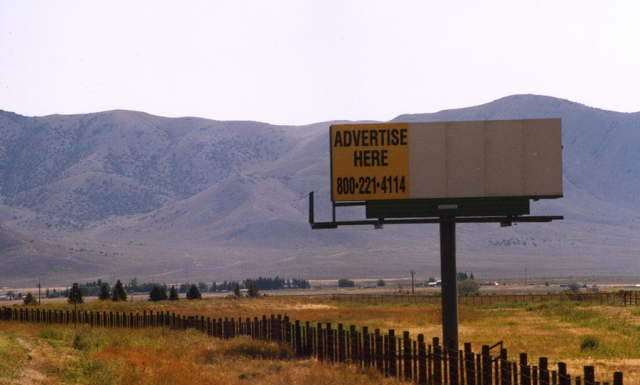 Because capitalism is an impersonal system, it does not require that members of the dominant capitalist class actually hold political posts, although frequently they do. It is enough that the political structure that is a byproduct of the ideologies of capitalists’ institutions, corporations, remain in place, and that capitalists exert decisive influence over a society’s other institutions.

The modern state itself is a creation of the rise of capitalism and the need of industrialists and financiers for a structure to provide protection for investments and to settle disputes among themselves. These features are wrapped tightly in nationalism, with continual references to a given nation’s mythologies, to bind working people tighter to the system. Capitalism also requires a literate, educated population, in contrast to earlier systems, and a literate, educated populace is more inclined and more able to agitate for its interests.

Self-interest in expanding the vote

There is more communication — this, too, is a necessity for the increased commerce of capitalism — and if the people of one nation wrest a gain from their rulers, people in other nations will know about it, and will struggle to get it for themselves as well. Further, in the early days of capitalism, its development was seldom in a straight line; sometimes there could be an incremental expansion of the voting franchise because one bloc of capitalists believed the new voters would vote for their party.

Once the vote is made available to more citizens, pressure builds from below to further extend the vote; moreover, the creation of a modern working class brings together masses of people, enabling the creation of mass movements that can organize struggles for more democratic rights. Social media has proven to be a powerful tool for democracy activists, although by itself it can’t substitute for real-world organizing and a physical presence at key locations.

Capitalists intended to establish democracy only for themselves, but the spaces and contradictions contained within the political systems created to stabilize the functioning of capitalism (including institutions to adjudicate conflicts among the capitalists and mechanisms for selecting political leadership in the absence of an absolute monarchy or the continued ascendency of a static landed aristocracy) enabled their workers to wrest some of that democracy for themselves. None of that came easy — untold lives were snuffed out and untold blood was shed, and even in cases when a struggle has been bloodless, many advances required decades of dedicated activism to accomplish. The process is called “struggle” for a reason.

Summing up an essay in New Left Review on the development of voting rights across the world, Göran Therborn wrote:

“Democracy developed neither out of the positive tendencies of capitalism, nor as a historical accident, but out of the contradictions of capitalism. Bourgeois democracy has been viable at all only because of the elasticity and expansive capacity of capitalism, which were grossly underestimated by classical liberals and Marxists alike.”

Not endlessly expansive, however. Hard-won political rights are not only circumscribed by the immense power concentrated in the hands of corporate institutions and the class that controls those institutions, but those rights end at the entrance to the place of work.

A democratic lack of control?

If one class of people has the ability to bend the political process to benefit itself; arrogates to itself an unlimited right to accumulate at the expense of everybody else and at the expense of future generations; has the right to dictate in the workplaces, controlling employees’ lives; and can call on the state to enforce all these privileges with force, if necessary, then how much freedom do the rest of us really have? If one developer has the right to chop down a forest to build a shopping center that the community does not need or the right to build high-rise luxury towers that force out others who already lived there because one individual can earn a profit, and the community has no recourse, is this state of affairs truly democratic?

If a capitalist decides it would be profitable to move the factory to a low-wage country and thousands are put out of work as a result, is it not capital that actually possesses freedom? If enterprises were collectively run and/or under community control, would people vote to send their jobs to a low-wage haven thousands of miles away?

If the political system is so dominated by corporate power — the concentrated power of industrialists and financiers — that a politician at the national level who might genuinely wish to give working people a better break can’t because that corporate power is decisive, or that a politician at the local level might want to make the local factory owner do a little more for the community or simply pay a fair amount of taxes can’t because to push the idea would lead to the factory owner closing the factory and sending many townspeople to the unemployment office, then can this system said to be democratic?

Men and women have the vote, and have constitutionally guaranteed rights — lives were sacrificed to gain these rights. But if there is such a concentration of power that most elementary decisions are taken by a small number of people — either big capitalists or politicians acting on their behalf or under their influence — then the rights enshrined in a constitution are mere shells. Democracy is formal, and cannot be more than formal without democracy extending to all spheres of life. That is impossible under capitalism because concentrated economic power is leveraged into power over the political, cultural, social and educational life of a nation, and that power, as wielded by capital, will be tightened at home and expanded abroad due to the impetus to expand.

Capitalism is an impersonal system, and the competition that drives it inevitably leads to this dynamic, regardless of which personality is where. The world has not reached its present state by accident, and although it does not guarantee any particular capitalist a permanent place at the top, it does guarantee extreme inequality and the immiseration of the many (working people) for the benefit of the few (industrialists and financiers). No reform can wish that away.