The biggest problem with the future is that you can’t know what it will be. When Ronald Reagan was elected United States president in 1980, we did not at the time realize a new era of capitalism had begun; that the ascension of Reagan in the U.S. and Margaret Thatcher in Britain a year earlier definitively brought the end of the Keynesian period. Less than a decade earlier Richard Nixon had said, “We’re all Keynesians now.”

The very election of Reagan was a shock — I truly thought that United Statesians would at the last moment recoil at the thought of an extremist who endlessly spouted lies and nonsense getting into the White House. Perhaps I simply overestimated the general public but the 1970s did introduce considerable economic uncertainty, enough for people to vote for a bad actor who told them what they wanted to hear.

And so neoliberalism was born, although the term wasn’t yet in use; back then we usually referred to “Reaganism” and “Thatcherism.” Their policies didn’t go away when their terms in office were up. A new, more vicious era was firmly upon the world. I can’t help but think about the parallels with the past four years. A bad reality television host and con man told United Statesians what they wanted to hear and despite his obvious mendacity, enough bought it so that another candidate who I was sure couldn’t possibly be elected was elevated into the White House. 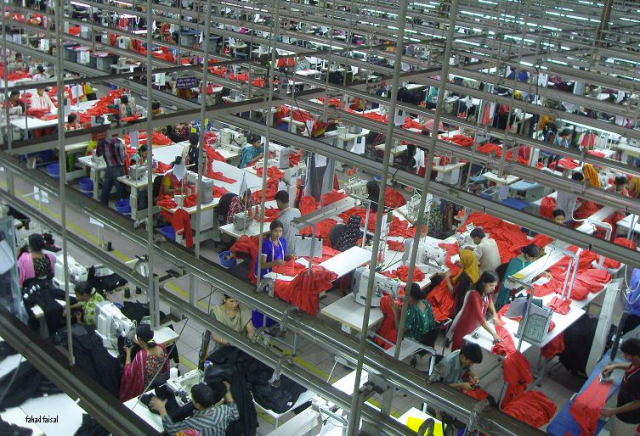 One parallel perhaps begets another. The 1970s stagnation of Keynesianism brought something much worse, the neoliberal era of capitalism, alas a much more representative specimen of the global economic system — Keynesianism was an outlier and a product of intense activism that forced significant concessions out of capitalists. Let’s not romanticize the Keynesian era — the benefits to working people were confined to White men with steady jobs and in the U.S. there was plenty of political repression to go around. Not to mention that capitalist exploitation of working people continued unabated; there simply were some extra crumbs given out.

Back to today: Given the crumbing economy, with its low-paid, precarious jobs, unsustainable and onerous student and consumer debt and inability to tackle global warming as features of a global race to the bottom, the ability of industrialists and financiers to keep neoliberalism going is increasingly in question. So if the start of the 1980s was the dawn of a new economic era, will the start of the 2020s be the dawn of another new era? And, if so, of what?

Post-Industrial Revolution capitalism can be roughly divided into three eras. First, the era of laissez faire, which came under strong pressure in the Great Depression and was ultimately followed by the Keynesianism of the mid-20th century. Laissez faire is an ideology that opposes government interference in economic affairs beyond the minimum necessary for the maintenance of property rights. (That ideology lives on — neoliberal godfather Milton Friedman insisted that the only proper role of government is to enforce contracts and provide for military defense.) The onset of the Great Depression served to discredit laissez faire, opening the space for alternative theories.

Keynesianism, simply put, is the belief that capitalism is unstable and requires government intervention in the economy when private enterprise is unable or unwilling to spend enough to lift it out of a slump. Mid-20th century Keynesianism depended on an industrial base and market expansion. A repeat of history isn’t possible because the industrial base of the advanced capitalist countries has been hollowed out, transferred to low-wage developing countries, and there is almost no place remaining to which capitalism can expand. Because profits were high and there were many new markets to conquer — and because they were fearful of having their system swept away by the dramatic rise in social organizing — capitalists tolerated wage gains after World War II.

As Keynesianism broke down over the course of the 1970s — or more accurately, as capitalists no long tolerated paying better wages and conceding better working conditions in the face of declining profits in a world of more intensive competition on an international level — industrialists and financiers brought on the era of neoliberalism in an effort to boost profitability. There were no effective counter-forces: The movements of the 1960s had vanished. Reagan and Thatcher were products, not the causes, of the new era. It took time to understand that. And when “the end of history” was proclaimed upon the crumbling of the Soviet Union, the process of smashing working people’s ability to defend themselves was only accelerated.

And here we are today. With ever fewer jobs that provide a living wage, housing and education costs rising far faster than inflation or wages, the ability of capital to effortlessly move production to wherever wages and regulations are the lowest, and a political system wholly captured by the biggest industrialists and financiers, it is no surprise that anger is rising around the world. Neoliberalism has reached its logical conclusion.

So what follows neoliberalism? And how much longer can capitalism survive?

There won’t be any return to Keynesianism, even if it were possible for that to be the cure to what ails the world. The specific circumstances of the mid-20th century no longer exist. We do not have to stretch our imaginations to know what the world’s corporate masters would be willing to do to keep themselves in power and money. Suspending constitutions and implementing outright fascism is possible if industrialists and financiers see no other alternative to keep their party going if conditions deteriorate to the point that large numbers of people begin to withdraw their consent to the formal-democratic version of corporate rule.

The future is unwritten

But even that would a temporary fix. You can’t have infinite growth on a finite planet, nor can you destroy the environment without limit. A collapse in civilization induced by unchecked capitalism is very unlikely to happen suddenly; without a global mass movement intervening, modern industrial civilization is likely to slowly fall apart over decades and thus capitalism, in this scenario, would also linger for decades. Whatever follows in the rubble left behind would not likely be pleasant; much would depend on the ability of our descendants to organize a cooperative economy in an era of scarcity and defeat the inevitable attempts at imposing dictatorial regimes that would offer simplistic solutions to complicated problems.

Technology is not likely to solve all our future problems for ourselves. The Star Trek universe, where decades of nuclear war is followed by the era of plenty for all (how else could Earth and the Federation afford all those starships?) isn’t realistic. Months, never mind decades, of nuclear war would be enough to reduce humanity to a primitive state, assuming humans even survived the wars. And the uses of technology are based on the relations of power. Technology today could be used to reduce the workday and reduce drudge work, for example, but instead it is used to intensify work and surveil employees. Because we live in a drastically unequal society, technology is a tool of those who possess power and capital instead of a being the liberating tool it could be in a better world.

Although we can’t know what the expiration date of capitalism will be, it is likely to be sometime in the current century. If we are in the beginning stages of the end of neoliberalism, that does not mean we are in the beginning stages of the end of capitalism. Given capitalism’s ability to absorb dissent and its elasticity, it is quite conceivable that some new form of capitalism could replace neoliberalism. Given a powerful enough movement coordinating on an international basis, a new version of capitalism could be something better, temporarily. Such a movement aiming at reforms within capitalism would eventually be disappointed — once movements stand down, the hard-won reforms begin to be taken away. An international movement for a better world has no choice but to work toward abolishing capitalism and instituting a system of economic democracy.

The rise of right-wing authoritarians with aspirations to become fascist dictators — people such as Donald Trump, Jair Bolsonaro, Recep Tayyip Erdoğan and Viktor Orbán — does not have to be a harbinger of the future as were Reagan and Thatcher. With enough people around the world organizing, it won’t be.

The world was once run by monarchs who sat on thrones due to divine will — God selected one family to rule in perpetuity. Most of the world’s people once believed that. Today, it would be laughable to promote such an idea. Not long ago in human history, millions of people were held in slavery — a human being could be owned by another human being and have no rights whatsoever. People believed that not only were certain people inferior and properly enslaved but that the economy would collapse without slavery. Today, not even the most vulgar racist would suggest such a thing in public.

Capitalism is not the end of history. It is nothing more than one more system of repression, one more system of organization. It is no more permanent than slavery, feudalism, absolute monarchy or any other system of the past. If this were not so, there would not be so much frenetic activity put into convincing us that “there is no alternative.” We’ll be deciding the next system in the coming years. If we don’t, it’ll be decided for us.

13 comments on “If neoliberalism is crumbling, what will follow?”